This release was a surprise to all of us and the reason we build a chain-free corral for each elephant, even if we are told the elephant will remain on chains.

Yesterday was a day of celebration for EAI and all who support our work. In addition to the work over the past year and a half, culminating in the release of tens of elephant from chains, it was the day you could actually feel the consciousness at the Khorsor hattisar shift.

Without prompting, Puja Kali’s mahouts released her from chains.

Earlier in the week, mahouts insisted that Puja Kali could not be released from chains due to her history of aggression. But they brainstormed and decided that if three mahouts were present when they approached Puja Kali, the situation would be safe.

Without any further discussion they released her from chains. 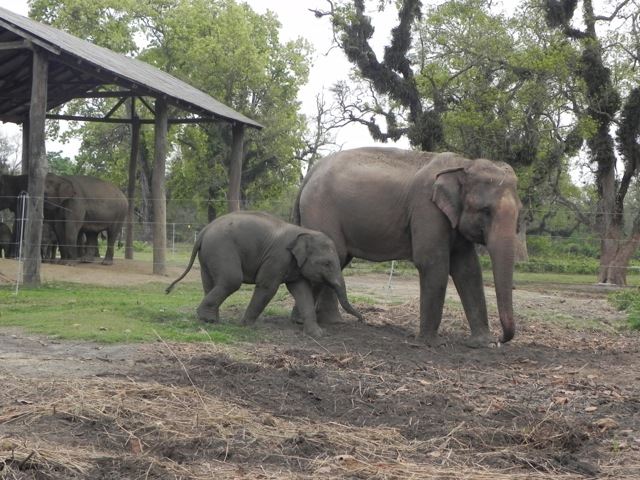 This is a seriously significant turn of events. It is the first time we have witnessed the mahouts trouble shooting a problem, putting the elephants’ needs first.

The mahouts deserve all the credit!