Bo is a captive-born male Asian elephant, the offspring of Vance and Sue, members of a breeding herd of elephants owned by Roman Schmidt at Busch Gardens in Tampa, Florida. He was born January 22, 1987.

At one year old Bo was purchased by Cheryl Shawver of Animal Actors of Hollywood. By five Bo had become difficult to manage and was sold to George Carden. Understanding that the future for an unneutered male elephant in captivity is bleak, George decided to have Bo castrated.

Surgical castration is an extremely invasive procedure for male elephants that requires weeks of follow up care. George Carden tended to Bo's healing incisions daily, resulting in Bo's full recovery and the forging of a very strong bond between the two.

As part of the George Carden Circus, Bo lived with a group of female elephants, which was familiar and reassuring to him. Being the baby, the middle-aged females mothered Bo while teaching him valuable social skills. For 29 years, all the elephants traveled and performed together.

At the time of his retirement in September 2021, Bo was a highly valued circus performer in the prime of his life at the age of 34. With a possible life expectancy of 70 years, Bo could continue to perform for decades. But in a world in which retirement is a novel concept, George Carden believed Bo deserved a good retirement. "Bo is family to me and deserves to retire to a beautiful place designed to give him a good life," says George. "I want him to have the best, which is why I want him to live at the Refuge."

Bo took to retirement at ERNA with gusto - grazing all day and much of the night resulting in a healthy amount of physical activity and consumption of nutritious live vegetation. After only two weeks in his 7-acre yard, Bo was released into the 100-acre habitat and quickly became comfortable exploring the expansive pastures and wooded areas.

In November 2021, Tarra arrived at the Refuge. With another elephant companion, Bo has further explored his autonomy. Bo used to return to the barn midday to nap. Now he naps in the habitat with Tarra close by. Both settled in quickly and smoothly. Their relaxed body language and calm behavior continues to let us know they are comfortable and at peace.

If Bo holds a special place in your heart, consider becoming his sponsor. You can choose an annual sponsorship of $75 or sponsor Bo every month of the year with a recurring donation of your choice (just click monthly and select the amount).

You'll receive a sponsorship certificate and photo of Bo delivered via eco-friendly email. With your support, we can continue to give Bo his best life ever. 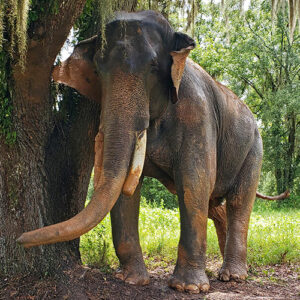 After a good mud bath 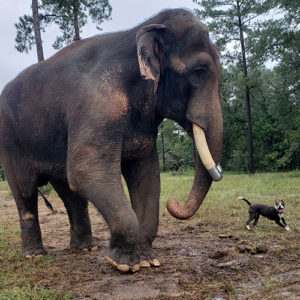 Having a good romp with Mala 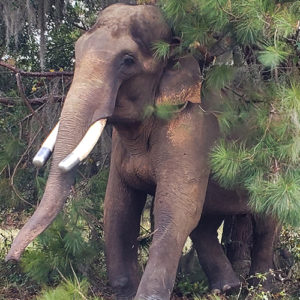 Photos of Bo and Tarra 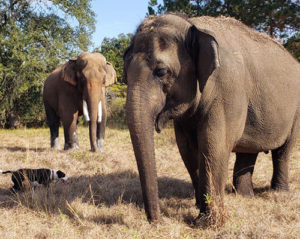 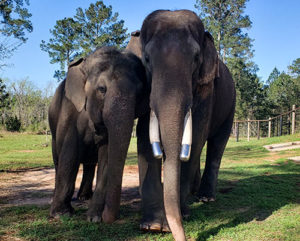 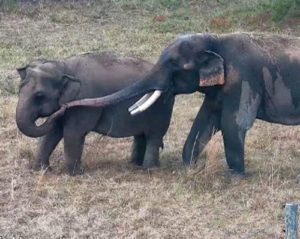 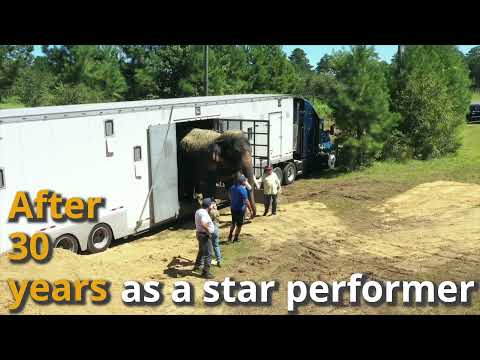 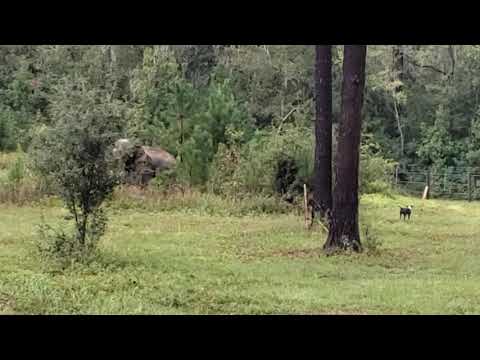 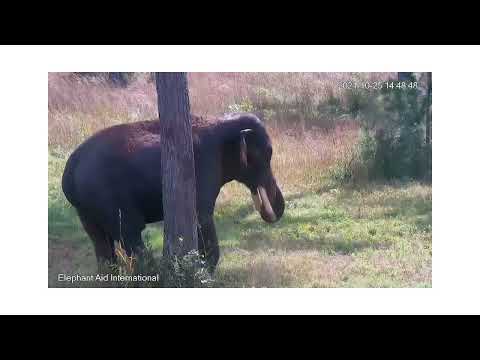 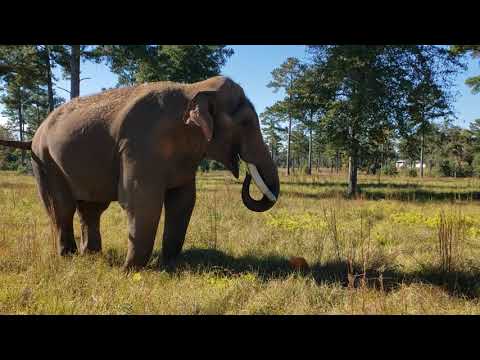 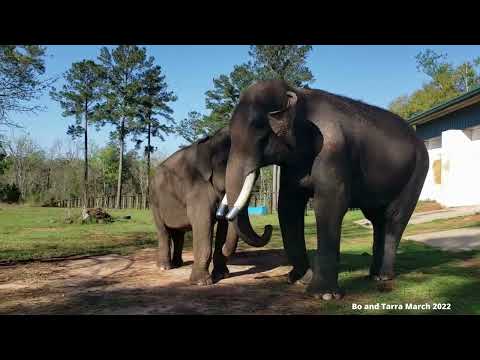 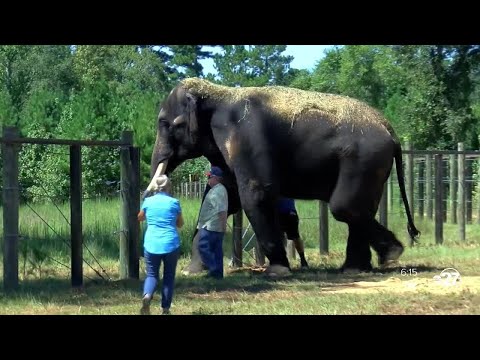 EleDiaries: A Flash in the Dark 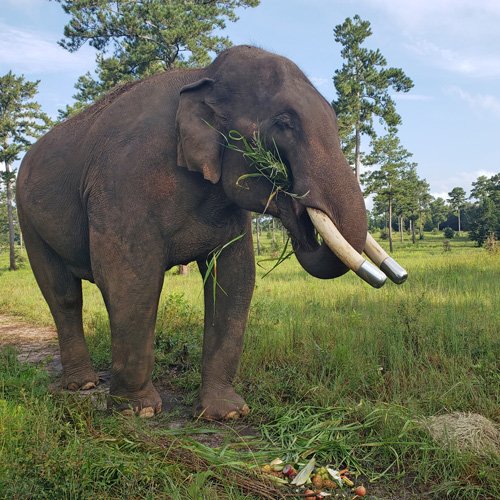