Last November, Kix and Barbara Brooks graciously hosted a Sanctuary fundraiser at their home in Nashville. The guests were treated to a fabulous party with delicious food, fun and a live performance by Kix Brooks and friends.

When it was time to auction off the exquisite art pieces and trips to places like Telluride and the Sanctuary, Kix stepped up to the auctioneer challenge, and what fun it was! Everyone was in stitches and the bids kept going higher.

Kix got serious when the Sanctuary VIP tour was on the auction block. Obviously he planned to make this a big ticket auction item. The crowd broke into a roar when Kix offered up his tour bus to the “highest bidder” for the trip from Nashville to Hohenwald. But when he said he would be joining the group, the room broke out in yelps and whistles. Kix made it clear that this VIP tour would be like no other. Then he announced that I would be accompanying the group as well, to give them the entire story of the Sanctuary while in route. The auction was a huge success! Kix and Barbara outdid themselves, raising a significant amount of money for the Sanctuary. Their generosity and efforts were sincerely appreciated.

Many months later Kix and Barbara and friends scheduled their VIP tour for September 22. I was invited to join them to share information about elephants, the story of my life with Tarra and the creation of the Sanctuary. Imagine having 90 minutes to share information about my obsession while cruising in Kix Brooke’s tour bus from Nashville to Hohenwald. We had a fabulous time! 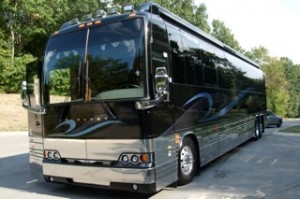 When we arrived at our destination at the city parking lot in Hohenwald, I wished everyone a memorable tour of my beloved Sanctuary.  Group photos were taken, thanks and goodbyes were exchanged, with hugs all around. There was electricity in the air. The group was anxious to tour the Sanctuary. The exchange of glances confirmed that they had already been touched by elephants, even before entering the sacred grounds. 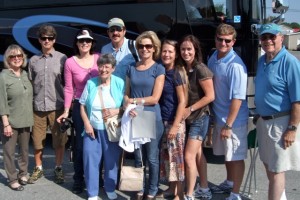 As I left I asked them for a favor. “If, during your tour, Tarra makes an appearance, and you’ll know her because she will have a feisty dog at her feet, please tell her I love her.” The smiles and knowing glances told me they planned to fulfill my request.