My last day with Katherine and Anon of BLES was spent driving hours to find a baby elephant reportedly in trouble. Upon our arrival the calf was nowhere to be found, but we were introduced to Wassana. 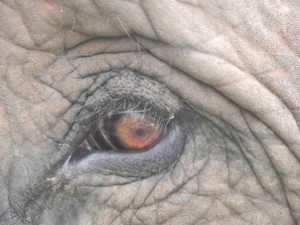 A mature elephant of more than 40 years, Wassana was being used for tourist trekking.  Her pronounced limp brought attention to the serious injury she had sustained some time ago. A large section of her foot, including a toe and nail, had been blown away by a land mine. Like so many other working elephants, this injury happened while Wassana was being used for illegal logging. 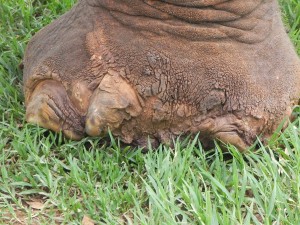 With heavy hearts we drove to another tourist trekking and show camp to find baby Pheung Yai. When we arrived I nearly shut down, unable to process the magnitude of suffering experienced by the elephants in this camp. 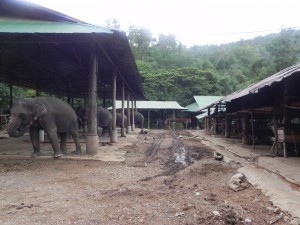 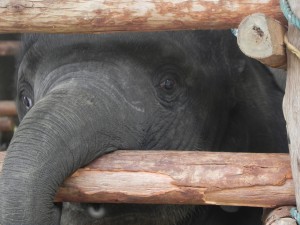 Over the next several weeks Katherine worked diligently, negotiating and fundraising. Thanks to the generosity of many supporters, BLES was able to rescue not only Wassana, but the tiny baby Pheung Yai, as well.

BLES is providing a humane alternative for Thailand’s jewels; without a doubt, guided by Ganesha.