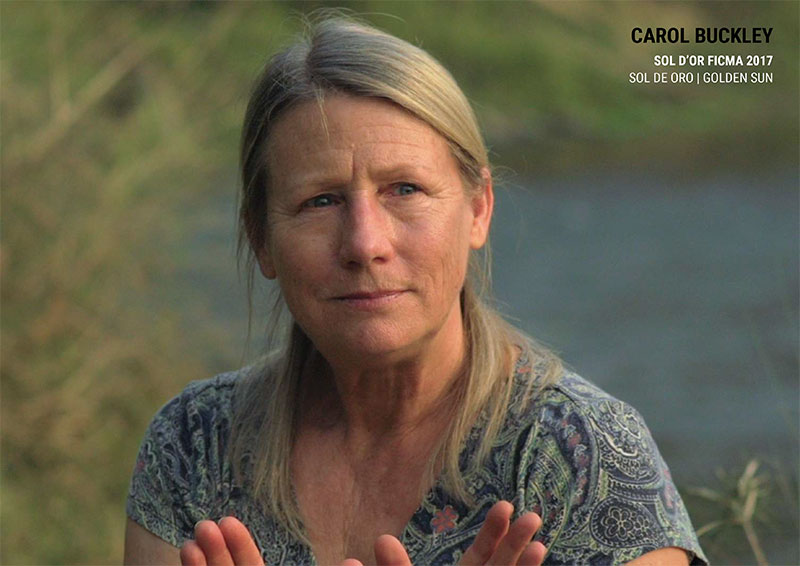 The Barcelona International Environmental Film Festival (FICMA) announced Elephant Aid International (EAI) Founder and CEO Carol Buckley as the recipient of the festival’s Golden Sun award for 2017. This prestigious award recognizes individuals and organizations helping to educate, sensitize and raise consciousness in values of respect for the environment and human-and-animal life.

The documentary UNCHAINED, which follows Carol’s work to enhance captive elephant welfare in Nepal, will be shown at the festival to share possible solutions to the situation of elephants on our planet. Carol will be in Barcelona during the festival to receive the Golden Sun award in person on November 9, 2017.

In awarding the Golden Sun, FICMA described Carol as “one of the most prestigious persons to talk about the situation of elephants on our planet and that is working for their dignity.” Carol joins other notable animal welfare leaders who have received the Golden Sun including Jane Goodall and Jacques Cousteau.