Lotus stood perfectly still while her mahout removed the chain from her ankle. Next came Pang Dow and, last, Wassana, a land mine victim who lost part of her foot several years ago in an explosion.

They were unaware that their next few steps would be monumental.

Lovely Lotus led the small herd, the family she chose after arriving at Boon Lott’s Elephant Sanctuary (BLES). She walked in the direction of the corral. For a split second she hesitated at the gate opening. A calculating glance from gate post to gate post and the open span between and she was satisfied that it was safe to lead her family inside. Almost in slow motion, Lotus entered the chain-free corral.

I held my breath, knowing from experience the joy the elephants, their caregivers and the crew that only hours before had completed this first solar powered chain-free corral in Thailand, would feel.

Pang Dow and Wassana followed close behind Lotus, less than inches apart, as they silently flowed into the expansive corral filled with vegetation and clusters of trees. The air was buzzing with anticipation. The elephants knew something was up. How could they not? Half a dozen people gave off quite a collective energy as we watched in hopeful anticipation of the elephants’ reaction to their new found freedom.

Lotus, Pang Dow and Wassana cleared the gate opening, walked single file for less than 50 feet and then erupted into excited squeaks and trumpets. They broke line and huddled together, a tangle of trunks and tails, chattering excitedly, gently touching each other in reassurance.

The mahouts stayed silent to ensure the elephants knew they were free to do as they pleased–a novel experience for a captive-held elephant, especially in countries like Thailand, where elephants are a commodity used for tourist entertainment, always under the control of a mahout.

Before finding sanctuary at BLES, Wassana, Lotus and Pang Dow did not know freedom of any kind. Now they were about to experience the next level of freedom–autonomy. The ability to make their own choices about where they walk, when and with whom. What they eat, where they sleep and, most important, who they share their life with.

It took mere seconds for all three to realize they were free to wander at will. They moved like a school of fish, close together, in step with each other, exploring as one. Happy squeaks, trumpets, chattering and ground thumps echoed across the hilly terrain.

They soon forgot the humans who observed from outside the corral. They were in their own world, with their family, free from chains, to interact and share the natural habitat together.

After sampling the tender vegetation underfoot, they made their way into a thicket of trees. With low rumbles and tender chirps they disappeared into their personal mini-sanctuary.

Each time I witness the release of an elephant from chains, I am flooded with such deep emotion and with such gratitude, it’s as if it’s the first time I’ve experienced such a joyful event.

I see their immediate shift, their letting go of the past. They accept the gift provided and without looking back immerse themselves in their new found freedom.

I know that we have given a gift so great it transforms them. Being witness to an elephant’s release is life changing, the most powerful experience I’ve ever had.

Elephants living in captivity are stripped of everything meaningful in their lives; autonomy, freedom of choice, family. Sanctuary life begins to restore some of these things. Although most captive-held elephants will never experience a real family of their own, they form bonds as deep and meaningful with unrelated others as if they were biologically related.

The pure joy an elephant exhibits when given a resemblance of freedom is what drives me to do more. Chain free does mean pain free to these elephants. It is an honor to give back some of what has been taken away. 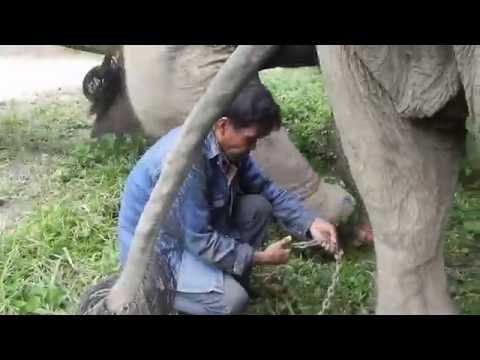 and their introduction to their new chain-free corral: 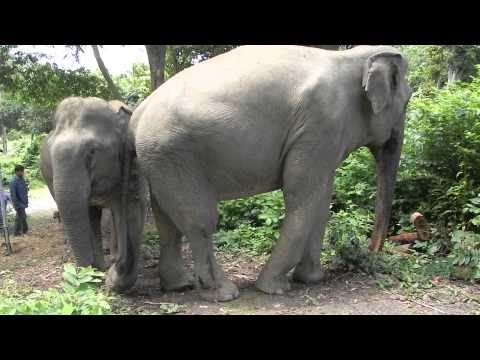