Elephant’s World posted two videos on YouTube last week of me training a young elephant named Jon (you can view them here and here). I was surprised to see the videos and happy to know they exist.

Many people found the videos interesting and some have asked why Jon is wearing a chain. The chain is called a drag chain; in Asia it is used to prevent an elephant from running away. One end of the long chain is fastened around an elephant’s wrist and the other end drags behind. 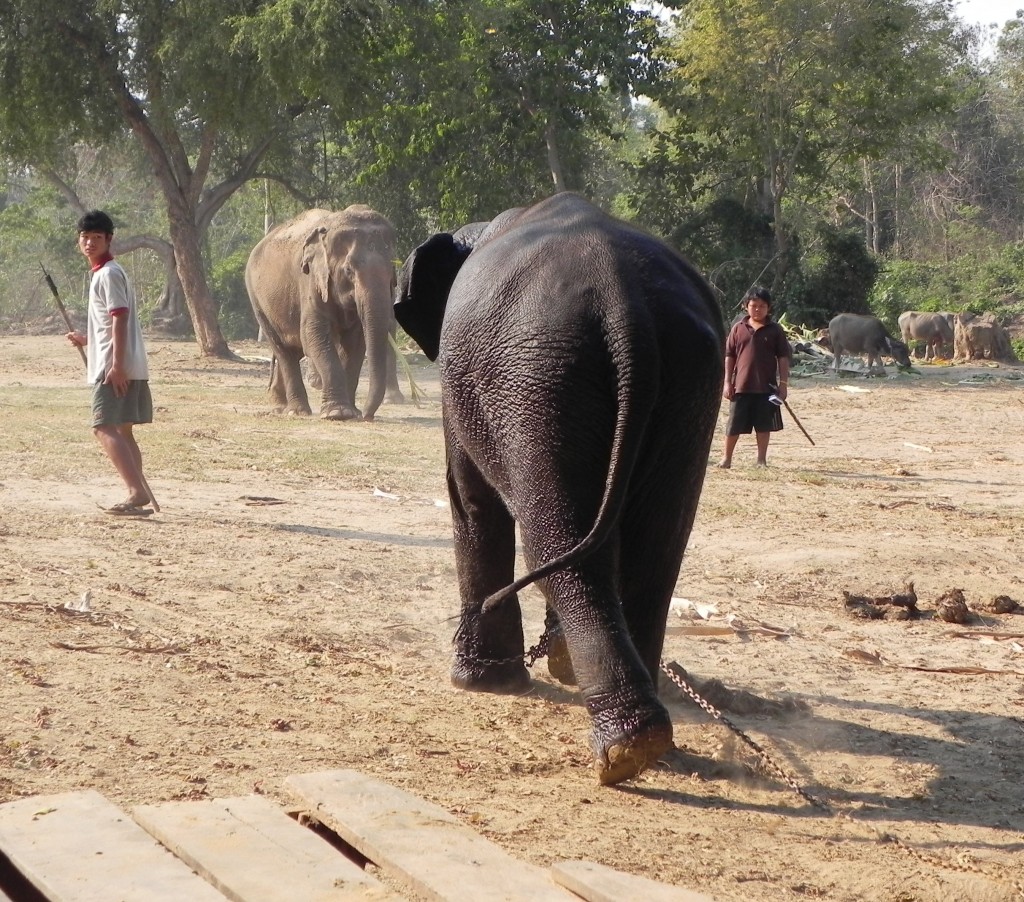 When a mahout is afraid that his elephant will run away, he puts a drag chain on him. If the elephant runs, the mahout wraps the loose end of the chain around a tree to stop him. 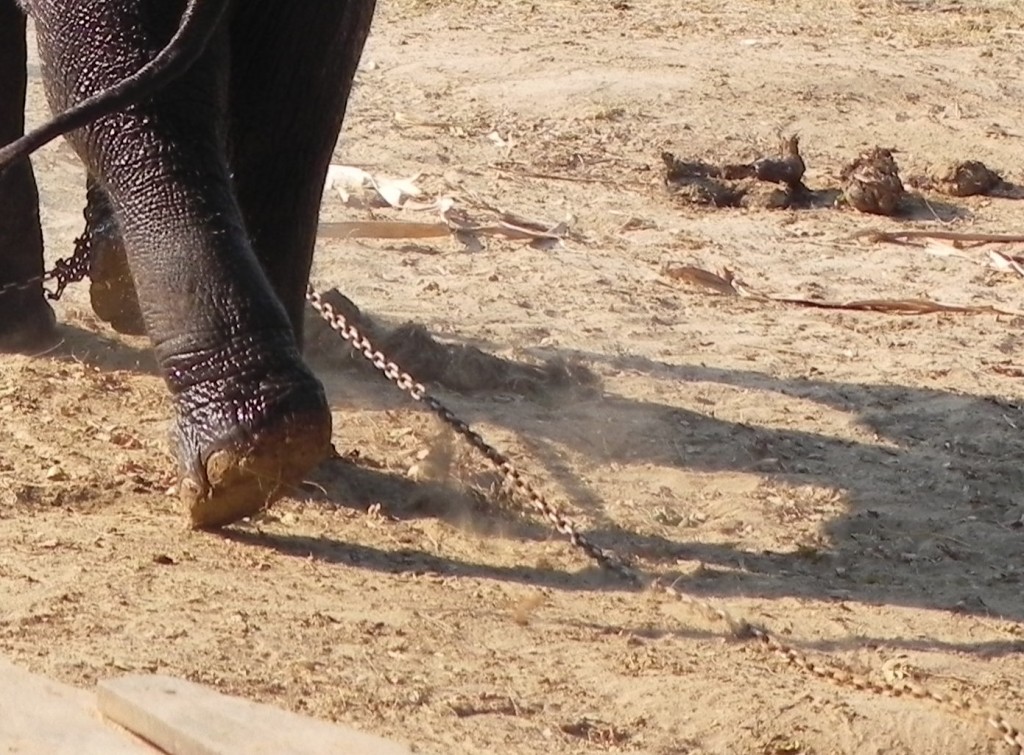 The mahouts at Elephant’s World were resistant to non-dominance training and even more resistant to removing Jon’s drag chain. In order to be allowed to demonstrate positive reinforcement target training, I agreed to the drag chain for the first two sessions. One end of the chain was on Jon’s ankle and the other end was loose.

My adherence to their tradition gave the mahouts time to get comfortable with the new training method I offered. They observed firsthand that Jon was more interested in the training game than in trying to get away.

Jon showed such promise that after the second training session the mahouts agreed to remove the chain.

There have also been questions about the “stick” used during training. The stick, or target as it is called, is a flexible pole with a soft cushion on the end. Watch my training tutorial to see how the target is used and learn the basic concept of target training.

The goal is to teach an elephant the name/word for different body parts, such as foot, head, ear, side, etc. Once understood—which takes most elephants only minutes to grasp—the elephant will voluntarily offer that body part when asked. The key is to ask, not demand, and always provide praise and a treat as a reward.

Before watching the videos of Jon’s training sessions, I suggest that you view the tutorial a couple of times. Then watch Jon’s first training session and see if you can identify what body parts Jon is learning. Notice that when Jon becomes frustrated he walks away, but returns almost immediately to try again. 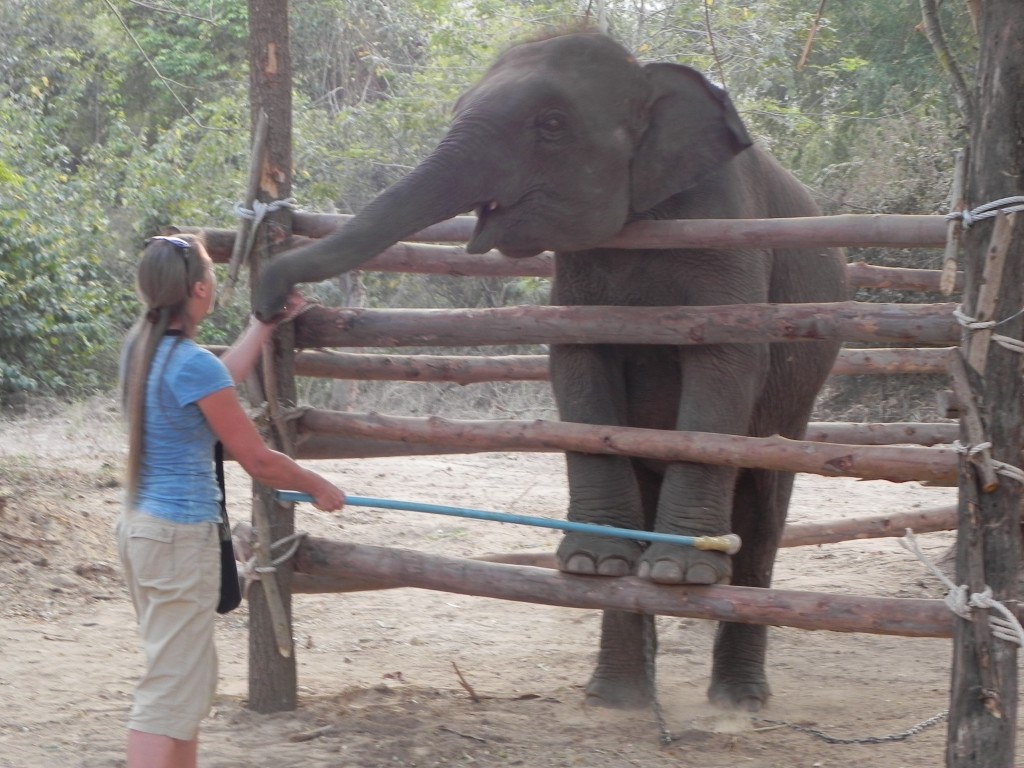 Positive Reinforcement Target Training gives the elephant the freedom to walk away, take a moment to reflect on what is happening and return when he is ready to try again. Walking away reduces frustration and increases the elephant’s willingness to participate.

You will also notice in the video that Jon offers behaviors–kneel and lie down. This is common in initial training sessions. Many times the elephant will offer what s/he already knows before starting to “problem solve” and figure out what the trainer is trying to teach. 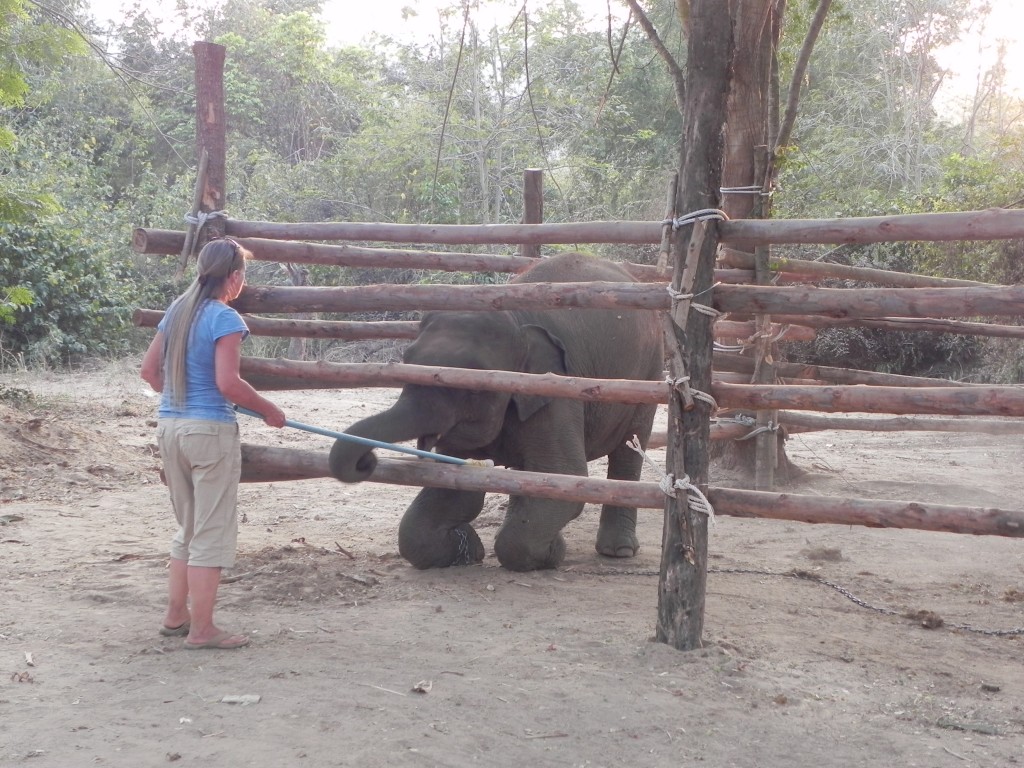 Learning to think for themselves is the first thing the elephants learn. After that, training is a breeze.