Elephant Back Safaris: Misery for Elephants 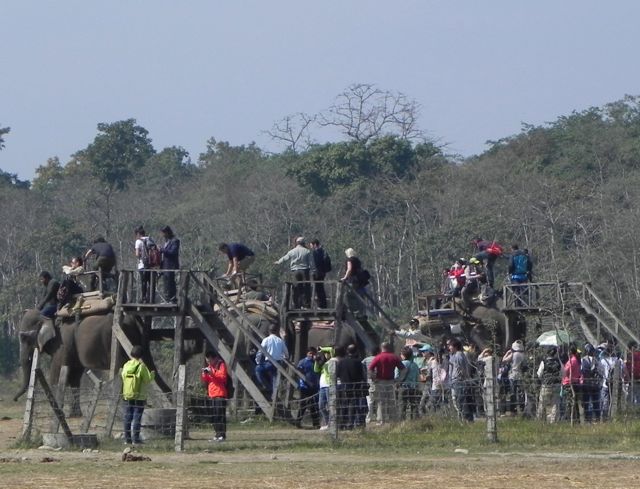 The temperature is already 32 degrees Celsius (about 90 degrees Fahrenheit).

Tens of elephants are already hard at work.

Each morning at dawn, seven days a week, elephants are saddled up in preparation for another day of carrying tourists on safaris.

This is the routine the elephants will follow, year in and year out, until they die.

First, they are forced to lower themselves onto their elbows to accept the saddle. This unnatural position causes pain and irreversible damage to their elbows.

Next, a heavy canvas pad and ill-fitting howdah (saddle) are placed on their back. The pad and howdah are each so heavy, it takes two men to lift them, one at a time.

Then, a howdah strap is cinched tightly around their chest, lacerating sensitive flesh in their armpits and cutting the tissue of their breasts.

A second synthetic rope is tied from the back of the saddle under their tail, ripping deep gashes in the flesh around their anus.

The life of the safari elephant 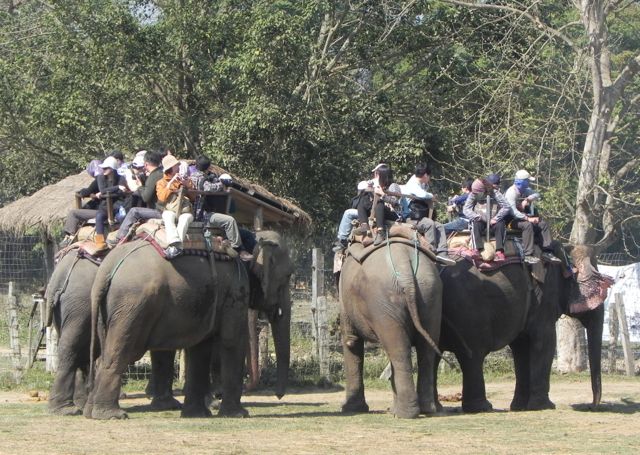 Safari elephants spend the day carrying tourists — four to six at a time — through the jungle in sweltering heat.

Elephants are poorly suited for this activity. The pad and howdah cause huge blisters that fester into deep abscesses that can take months to heal.

According to a study published in the Journal of Experimental Biology, four hours of exercise in the sun causes overheating and can be fatal. Laboring in direct sunlight, carrying too much weight – pad, saddle and tourists — elephants quickly become overheated.

What does it take to force an elephant to work under such conditions?

Mahouts hit the elephants over the head with heavy sticks, metal knives and axes. The wounds remain infected for weeks.

Bright white scarring can be observed across the forehead of virtually every working elephant in Nepal. The abuse is systematic, accepted by elephant owners, locals and the tourists.

The images haunt me.

I can’t help but wonder: Is this the memory of Nepal tourists want to take home with them? And what will it take for them to see the abuse?