Thanks to your support, EAI is nearing the completion of its year-long project to free 63 working elephants from chains. 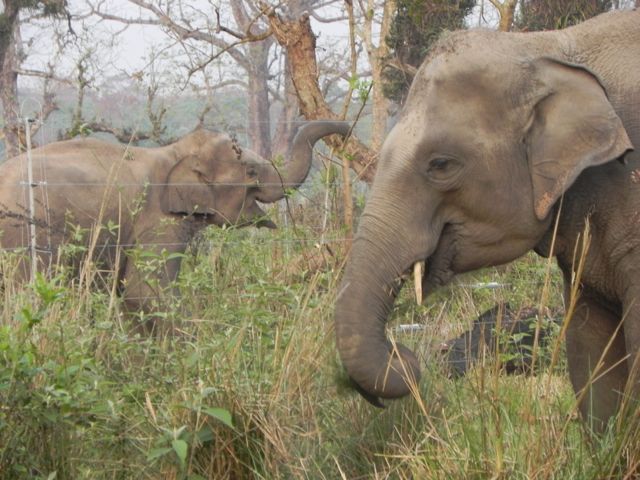 Elephants who have spent decades shackled by chains are now free to roam spacious mini-sanctuaries for the first time in their lives.

But now we need your help with an unexpected expense: an elephant-proof perimeter fence to keep wild elephants wild and captive elephants safe. 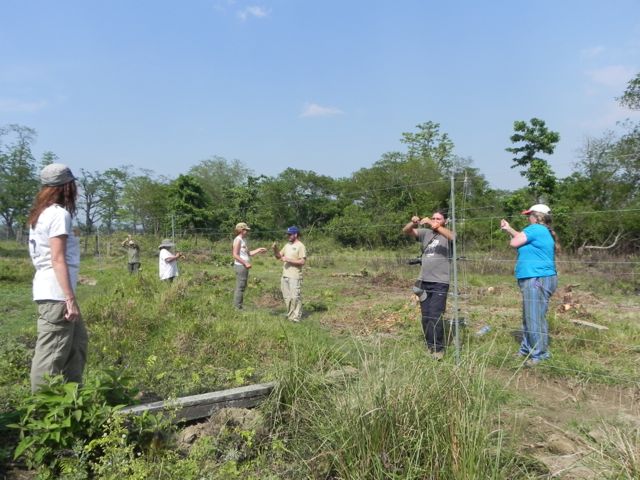 For five weeks, EAI and its tireless volunteers have toiled in sweltering temperatures erecting solar powered corral fencing so that captive-held anti-poaching patrol elephants at one of the government’s 15 hattisars (elephant stables), in Khorsor, Nepal, can be released from their chains forever.

This hattisar is home to 18 elephants: six females with suckling calves; an older female who acts as auntie, babysitter and wet nurse; a young pregnant female; two adolescents; and two young males who no longer live with their mothers.

This, the last hattisar in EAI’s Chain Free Means Pain Free project, has the potential to be a prototype for a healthy captive elephant environment and transform elephant management in Nepal.

But an unlikely culprit threatens the success of the project. His name? Sano Jungli Hatti — small wild elephant 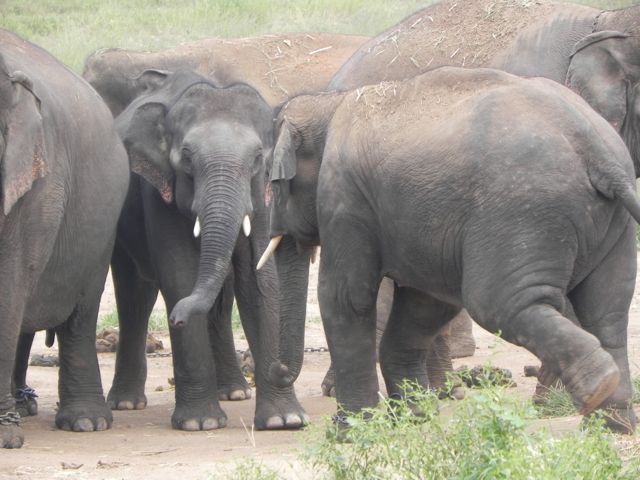 Every night for the past month, sano jungli hatti has visited the hattisar, damaged the newly constructed section of corral fencing and then disappeared into the breaking dawn.

This wild elephant was dubbed sano jungli hatti because he is less than six feet tall and under 10 years of age. First seen traveling alone more than two years ago, the separation from his wild biological family was many years premature.

Although the circumstances surrounding his separation remain a mystery, sano jungli hatti’s actions clearly demonstrate that he has adopted the resident elephants in Khorsor as his family.

It’s not clear if this young elephant is motivated by his desire to procreate or be mothered, but he is willing to disregard the pain of plowing through six strands of solar powered fencing to get to his adopted family.

Until now, the fence kept out even the most dominant mature wild bulls.

But this young sano jungli hatti’s destructiveness has created a crisis. 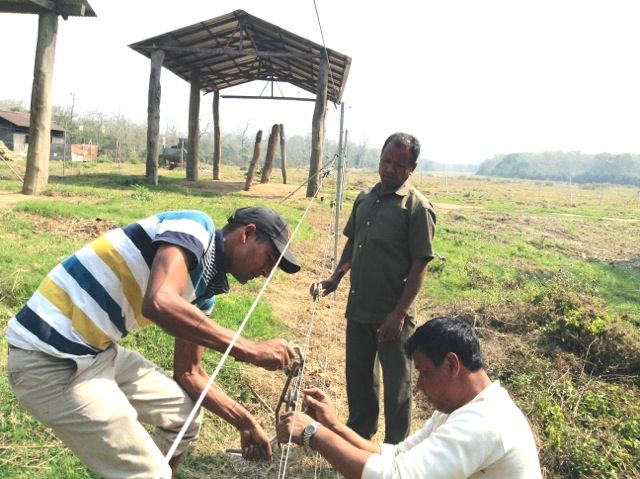 Each time sano jungli hatti breaks through the fence, it is repaired.

It’s not a problem to repair the fence one or two times. But if the fence needs repairing day after day, it is not sustainable.

If sano jungli hatti continues to break the fence, the resident elephants will be put back on chains.

We simply cannot allow this to happen.

Capturing or relocating jungli hatti is not a viable option.

Neither is returning all 18 captive-held elephants to chains.

Build a perimeter fence around the entire 15-acre chain free project to keep wild elephants out and the eighteen resident elephants chain-free.

The six-foot-high elephant-proof perimeter fence will cover 4,000 running feet. It is estimated to cost $1 per foot, a total of $4,000.

To ensure the success of our chain free project — to keep sano jungli hatti free and the captive-held elephants chain-free — we must raise the funds for the perimeter fence immediately.