The first workshop was a complete success! 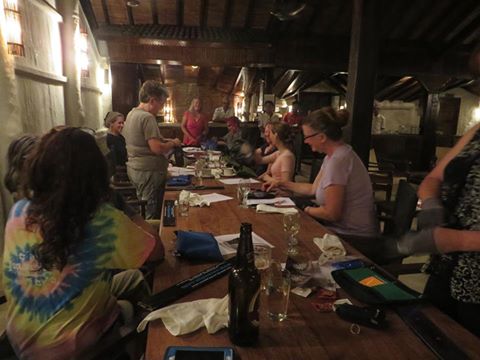 The first workshop was a complete success, raising consciousness about the plight of captive-held elephants and training an enthusiastic group of elephant lovers in the art of foot trimming. The second workshop begins today. 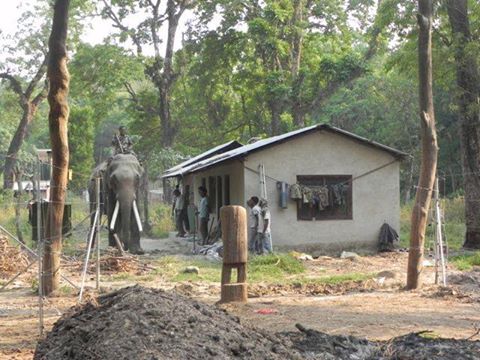 A few days ago a surprise excursion took us to one of the remote hattisars (elephant stables) inside the Buffer Zone forest adjacent to Chitwan National Park. The group was treated to a sample of the remote chain-free corrals EAI built in 2014, one of 31 corrals built for government-owned anti-poaching patrol elephants in Chitwan National Park. Shankar Prasad is a large male who lives chain free without incident in the solar powered corral even though he could easy dismantle the fencing with his ivory which does not conduct electricity. 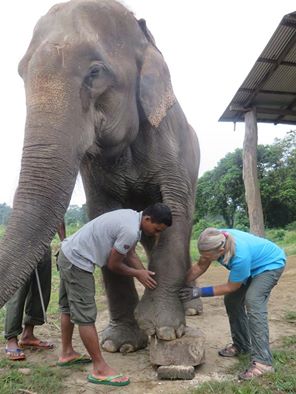 The mahouts in all of the locations we work have exceeded our expectations. They are interested, engaged and are excited to show the progress they have made with their elephants. Sundar Mala’s new mahout shows off his skill teaching her how to put her foot up on a stump for foot trimming. 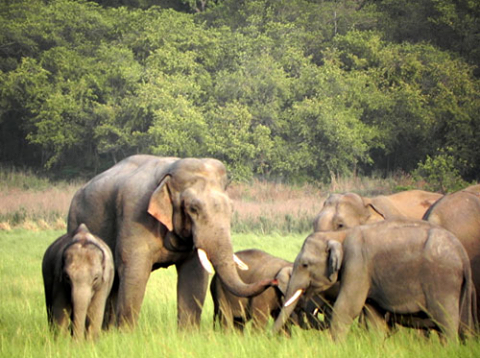 During his musth season a male elephant covers tens of miles daily searching out receptive females and socializing with his offspring in many different herds. 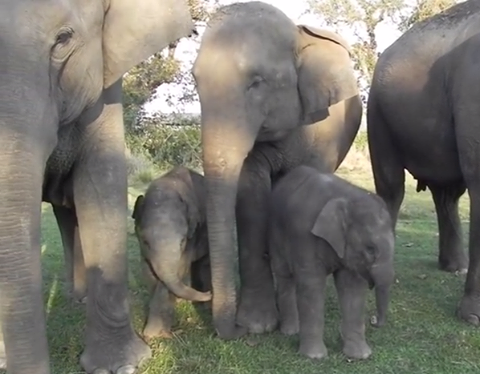 Did You Know? Baby female elephants remain with their mother their entire life. The male calves are driven from the herd around age ten.