The Measure of Success

EAI’s Chain Free Means Pain Free project, which frees elephant from chains is the first of its kind in Asia. Honestly I was surprised to learn that such an effort had never before been attempted for the thousands of captive-held elephants used in the tourist industry all over Asia.

Solar powered high tensile wire fencing is a simple and relatively inexpensive solution to the decades-long practiced of chaining elephants to a stake in the ground. 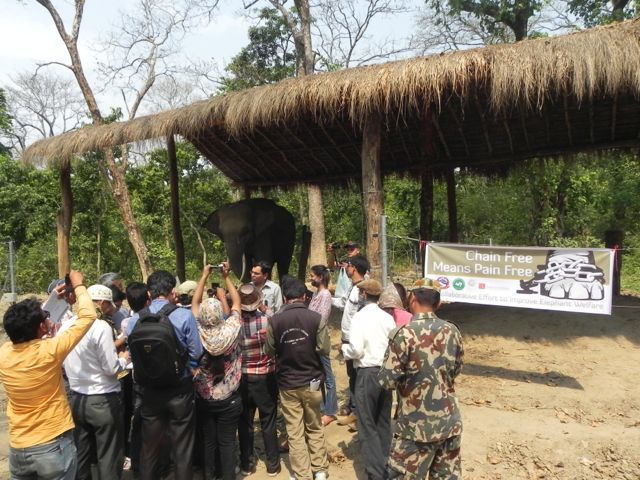 When our Chain Free Means Pain Free project was completed in Nepal in April 2015, I breathed a sigh of relief and felt flush with appreciation for what we’d accomplished.

It was not an easy project, working in remote areas, many times with no means to transport fencing materials, except on our backs. We crossed rivers, hiked through miles of jungle and dealt with hostile locals who saw the areas selected by the government for elephant corrals as their domain.

And then there were the naysayers, people incapable of embracing change, who made progress slower than necessary.

But through all the trials and tribulations, downpours, leaky roofs, river crossings, miles hiked in the searing heat and skeptics, we prevailed, creating corrals for 54 elephants and releasing them into their personal chain-free sanctuaries.

Without exception, introductions to the corrals were a phenomenal success, including for a few adult males with long tusks. Why not? The elephants clearly understood the freedom they were being given. Freedom and autonomy are great healers for a soul enslaved for decades. Each, without hesitation or concern, melted into the lush habitat that was their new home.

Before their elephants were released from chains, the mahouts lost sleep, fearing that their elephant would take advantage of the freedom and become feral.

The consistency of the their fear surprised me. I naively assumed that mahouts knew elephant behavior and understood that freedom from chains reduces stress, which results in the elephants relaxing and becoming more cooperative. But they thought the opposite.

It was from this experience, repeated with every mahout, that I learned how little mahouts actually know about elephant psyche and behavior.

Hours spent in the hattisar (elephant stable) with the mahouts and the elephants taught me that most mahouts do not recognize an elephant’s most characteristic behaviors, such as playing, socializing, bonding and grieving.  Mahout knowledge is limited to how to control an elephant and avoid getting killed. So much of what they think they know is superstition and folklore.

The first time the mahouts observed an adult elephant playing in her new corral they panicked. The mahouts wanted to stop her, control her, because they thought she was becoming aggressive. Awareness of an elephant’s emotional life or physical suffering is not something they are taught. Even minor physical problems are ignored until they become serious and require veterinary attention.

Different approach to unchaining pays off

This approach paid off. Even though some mahouts remained skeptical, most felt more confident in my promise that their relationship with their elephant would get better, not worse.

No success without sustainability

Another lesson I’ve learned though our Chain Free Means Pain Free project is that we must build sustainability into foreign projects.

It is not enough to provide a great product with stellar results if the locals are not able or willing to sustain it.

I returned to Nepal eight months after completing 54 chain-free corrals to find that few were actually still functioning and being used. I was devastated.

It seemed incomprehensible that minor repairs were not even attempted. In some cases, fully functioning corrals housed elephants on chains!

But I knew there had to be a solution. I simply would not give up. Sustainability is the measure of success and I was determined to keep these elephants off chains.

Last November, thanks to generous underwriting from supporter Donna Marshall, EAI hired a manager for our projects in Nepal. 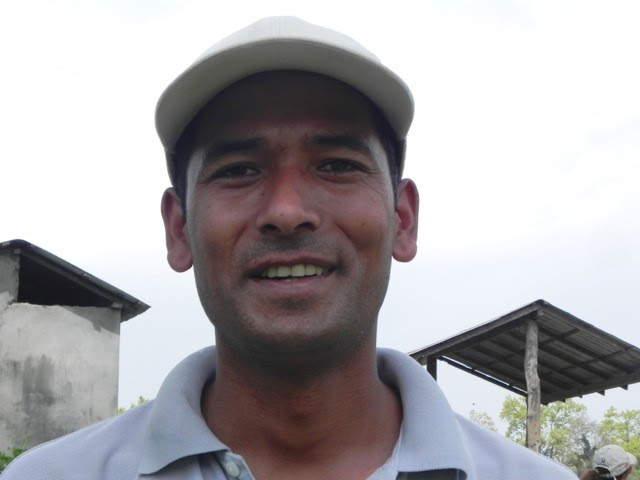 Kulendra Kunwar, a native Nepali, was well known to EAI prior to being hired. He’d volunteered in the spring of 2015 during corral construction at the largest hattisar in Khorsor. He proved to be a valuable asset then and the perfect manager for our project now.

In just a few short months, thanks to Kulendra’s ability to repair corrals and educate and motivate the mahouts, 14 out of 15 hattisars now have corrals that are fully functional.

There is an easy solution for the two hattisars (Sukivar and Khoria Mohan) that fear the poisonous snakes and tigers.

If we raise the funds to build mahout housing adjacent to the corrals, the elephants will be left off chains 24/7.

Our goal is to raise $16,500 for improvements at the two hattisars. As soon as the funds are raised, housing in both hattisars can be built and the elephants can once again be left chain free 24/7. If you would like to donate, you can do so here.

I am quite the optimist, dogged about my dreams. Hard work and seemingly impossible challenges don’t scare me off, although I do wonder why some things have to be so difficult. Then I remember that there is Nepali time and there is U. S. time, polar opposites in many ways. But there is never a time to give up.

Please join me in continuing to dream the dream that releases elephants from chains, reunites loved ones and changes culture to benefit captive-held elephants and the people who care for them.