Check the Elephant Cam to see what Tarra is up to right now.

Tarra is a wild-caught Burmese elephant. She was three months old when an exotic animal broker sold her to an animal collector in California, who put her on public display at his tire store. 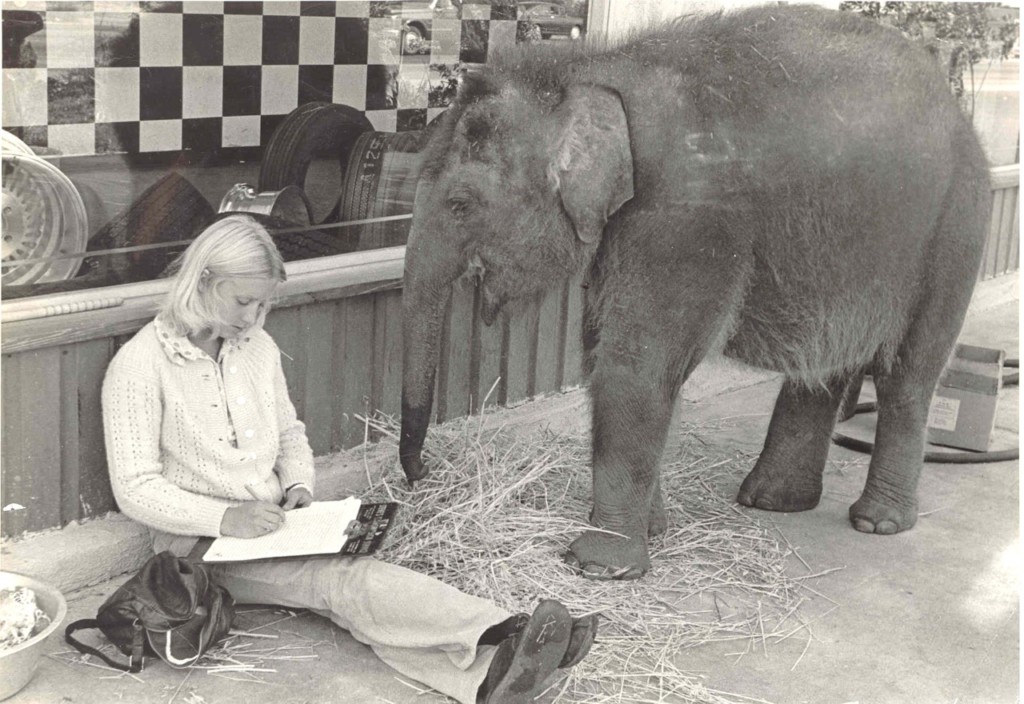 Carol and Tarra - In the Beginning

How long have Carol and Tarra been together?

Carol and Tarra met in 1974 when Tarra was not even a year old and Carol was a 20-year-old college student studying exotic animal training and management at Moorpark College in southern California. Carol immediately became Tarra’s volunteer caregiver and, eventually, her legal guardian.

Tarra was Carol’s inspiration for the creation of the two largest natural habitat elephant sanctuaries in the United States. 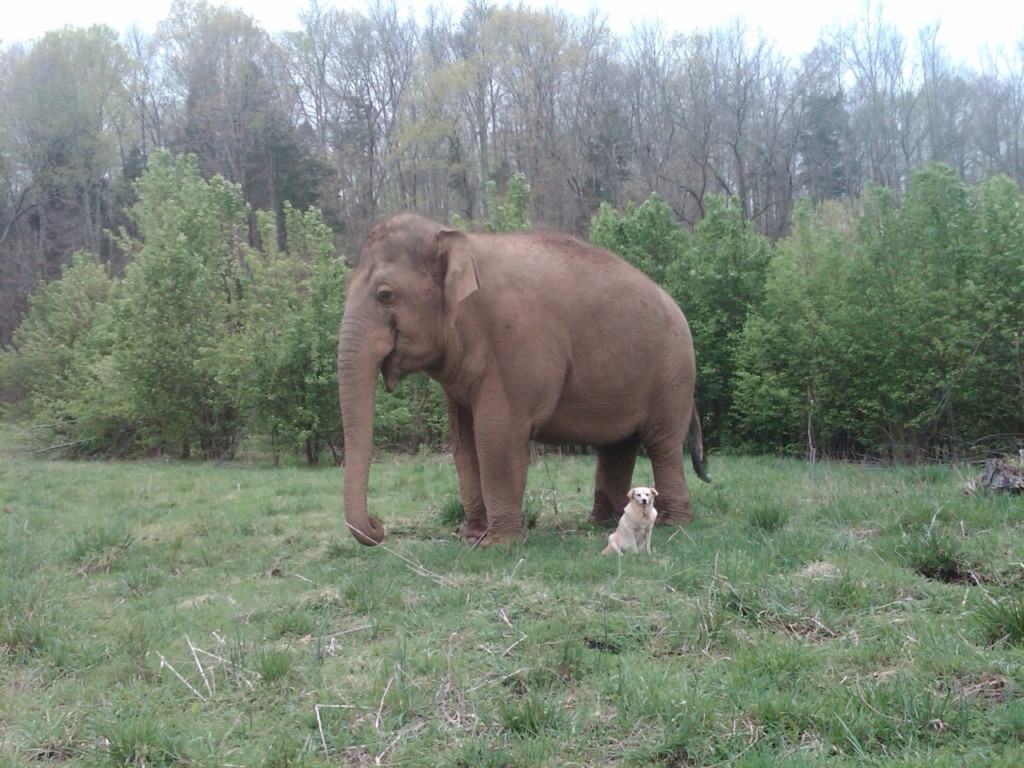 Tarra and Bella circa 2010 - photo by Carol Buckley

Why does Tarra love dogs?

From the time Tarra was a baby in Carol’s care, she was surrounded by a variety of animals, especially dogs. Dogs are family to Tarra.

What does it mean for an elephant to “bond” with a person, another elephant or a member of another species?

With elephants, the term “bond” in its purest definition signifies two individuals who wish to remain physically together. Tarra is an example of how elephants can bond with other species, as demonstrated by her deep relationships with humans and dogs.

Was Tarra bonded with any other elephants when she lived at The Elephant Sanctuary in Tennessee?

Tarra became very comfortable with Jenny, Shirley, Bunny and Sissy but, unfortunately, didn’t bond with any of them. Instead, she bonded with her constant canine companion, Bella.

How could you tell that Tarra didn’t bond with the other elephants?

Bonded elephants are always together, constantly touching, and will erupt in distress vocalizations if separated. Tarra never developed this deep connection with elephants but did with her dog Bella.

Why does Tarra make sounds like barking and squeaking?

There are certain sounds all Asian elephants make but elephant families appear to have their own idiosyncratic languages. “Tarra talk” is uniquely hers. Although it may sound like a dog barking, she spoke this language from the day she was imported from Asia. 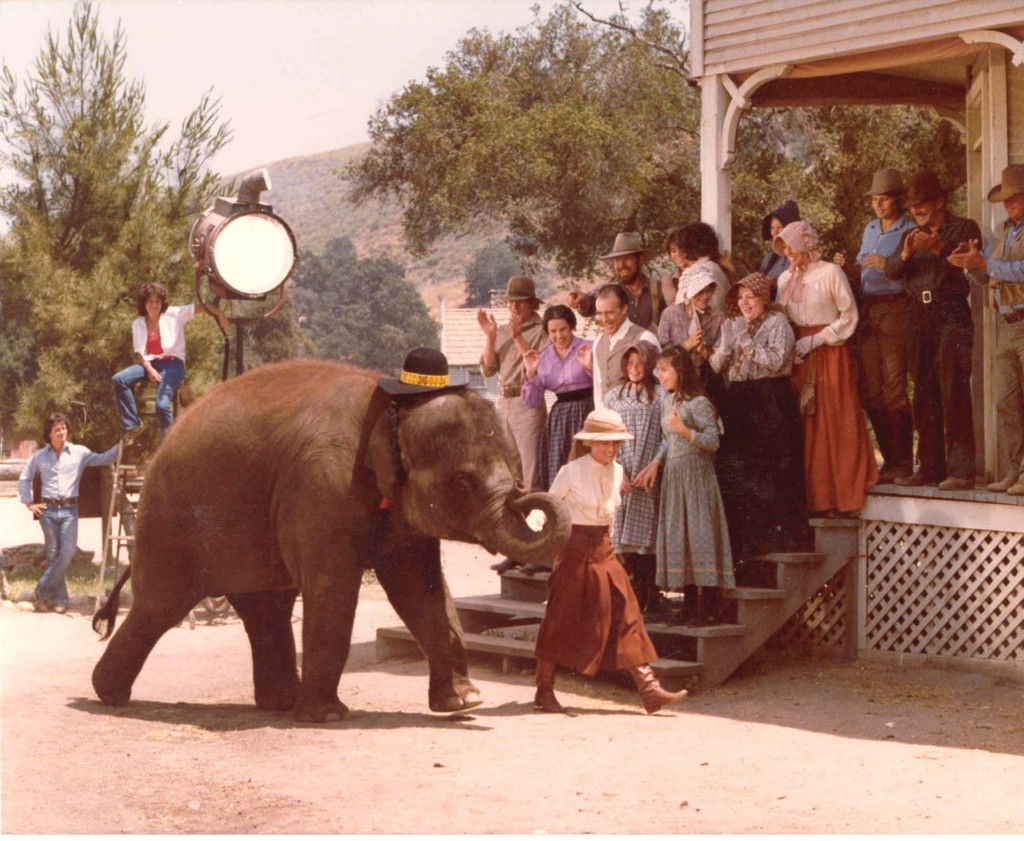 How long did Tarra and Carol perform?

Tarra and Carol performed in amusement parks and circuses for eight years, from 1976 to 1984, starting at Marriott’s Great America Theme Park in Santa Clara, CA, and ending at the Big Apple Circus at Lincoln Center in New York City. They then appeared at zoos and in movies and television shows for another 12 years.

Carol retired Tarra from show business in 1995 at the age of 21, an unprecedented retirement age for a performing elephant, in an effort to provide her with a more natural lifestyle.

How did Carol train Tarra to perform?

With their keen intelligence and playful nature, elephants respond beautifully to positive reinforcement training, which uses food rewards, patience and praise to encourage desired behaviors. The elephant is free at all times to decide whether to participate in the training.

Carol used the positive reinforcement techniques she’d learned from training dogs with Tarra, who took to learning as though it were a game.

With her precocious nature and youthful enthusiasm, Tarra quickly learned verbal commands for simple behaviors, such as come and stay. Carol quickly learned that while food was a positive motivator for Tarra, what she really craved was the attention she received during the training game. With a combination of praise, physical reassurance and treats, Tarra was a fast and happy learner.

When they began performing in circuses, Carol learned traditional dominance-based training methods. How and why did she reject those same techniques?

Living with Tarra taught Carol that relationship building is the most humane approach to elephant training and care.

Carol apprenticed under a leading trainer of the time for whom dominance was paramount. She was expected to shift her management methods from developing a playful, cooperative partnership to the more regimented style used at the time.

This shift lasted a few years until Carol rejected the use of dominance and returned to her original training methods based on relationship building.

Carol decided to retire Tarra to an environment where elephants didn’t have to be dominated. For Carol, Tarra’s autonomy was and is paramount.

Carol calls Tarra her teacher? Why?

As Tarra aged, maturing from an infant to young adult, she taught Carol about her own personal needs and desires and opened a window into the world of elephants. Tarra continues to be Carol’s most important teacher to this day.

With all she’s learned from Tarra, Carol realized that if elephants must be in captivity, sanctuary is the only way to meet their complex biological, mental, emotional and social needs.

As a result, in 1995, when Tarra was 21 years old, Carol purchased land in Tennessee to retire her, creating the first natural habitat sanctuary for elephants in the U.S.

Other elephants soon joined Tarra. Over the next 15 years, under Carol’s direction, the sanctuary welcomed 23 more elephants who were retired from zoos and circuses.

Later, after founding Elephant Aid International, Carol created her second elephant refuge in Georgia in 2016, building on all she’d learned from Tarra, her past sanctuary experience and caring for working elephants in Asia.

Why was Tarra moved to ERNA?

Tarra’s medical records document that over the past decade when she was separated from Carol, her normally precocious and friendly personality changed drastically. Records show that she became aggressive toward her keepers, was put on medication for anxiety and developed a degenerative bone disease that, if left untreated, would eventually be fatal.

Tarra needed a different environment that could meet her individual physical and emotional needs. In particular, to prevent her bouts of aggression, Tarra needed to be cared for in a way that made her feel safe and understood.

Elephant Refuge North America was founded on the recognition that each elephant is as individual in his/her personality and needs as humans. Tarra moved to the Refuge for its warm South Georgia climate and facilities designed specifically to meet the needs of aging elephants. Once again she is able to develop close physical bonds, not only with other elephants but with the other species she loves, humans and dogs.

At the Refuge with its mild south Georgia climate, Tarra can be outdoors and physically active on natural substrate every day, which benefits her aging bones and muscles and slows the progression of her osteomyelitis. 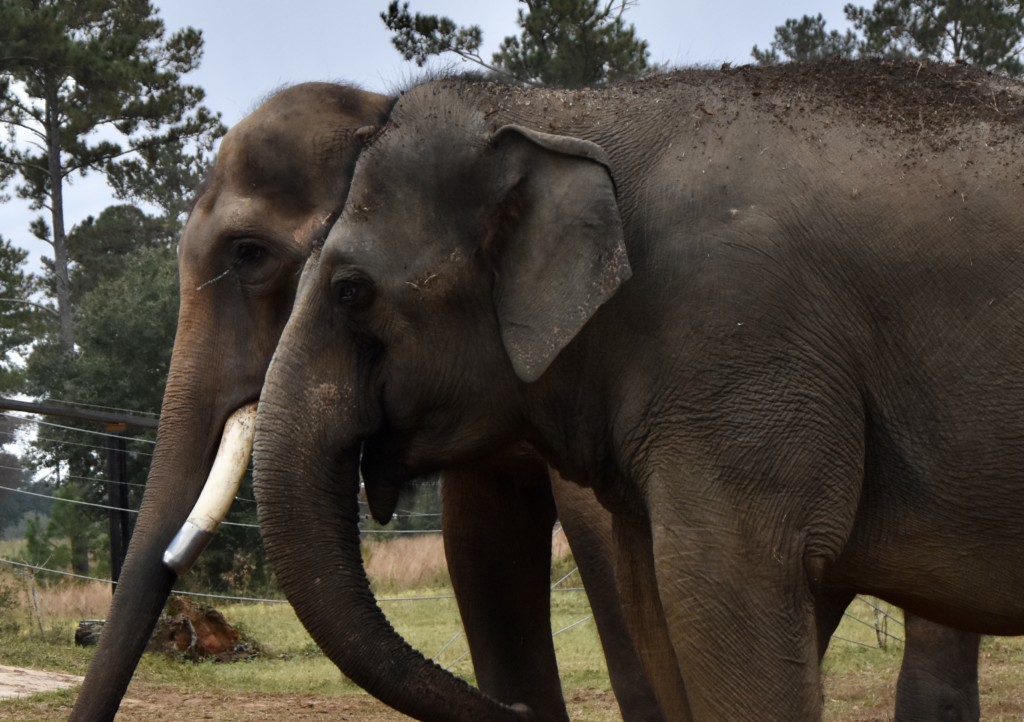