Himal Gaj is a six-year-old captive born elephant. His father is the dominant wild bull in the area. His mother is a wild born, captive resident of the elephant breeding center at Khosor, Chitwan, Nepal. 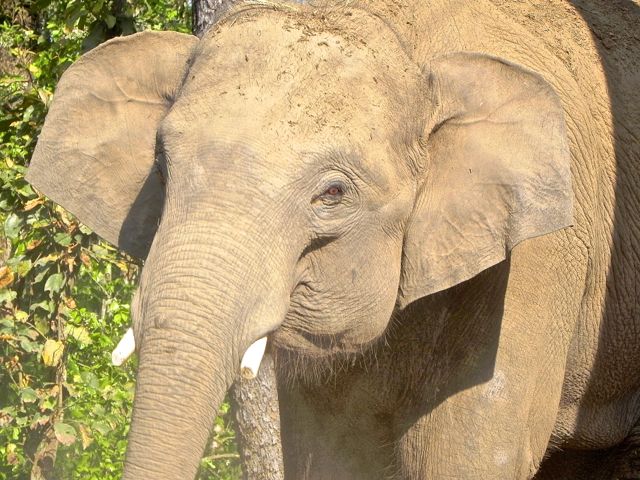 Himal  Gaj was one of five young elephants trained together at the breeding center several months ago. Until their formal training, they lived with their mothers.

All five elephants were chained from the age of three months. Chaining is the practice all over Asia. Domestic livestock and captive elephants are tied or chained. It is the cheapest way to keep them in one place. 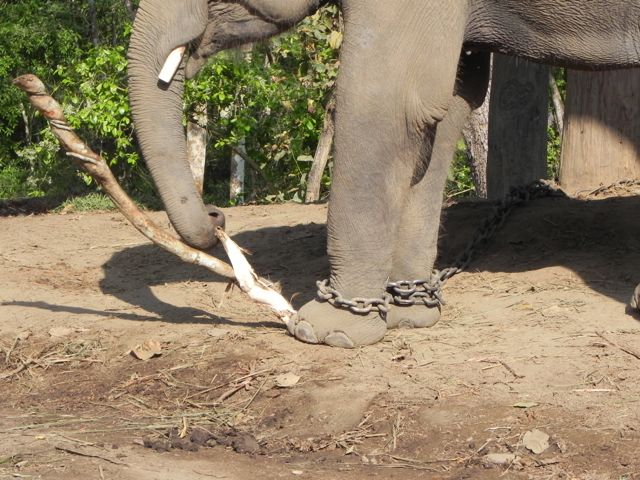 The training technique used with Himal Gaj and the others at the breeding center was a deviation from the traditional pujan, a brutal breaking of spirit. Introduced by a foreign NGO, a mixture of traditional methods was used—including the use of koonkie elephants, negative reinforcement and punishment—combined with positive reinforcement techniques known to be successful with domestic horses.

Unfortunately, once training began, Himal Gaj showed signs of aggression and resistance. He was frightened by the training process and responded poorly to his mahouts. A few months later his training was deemed unsuccessful.

No video, photographic or written records exist to document the daily training process and Himal Gaj’s progress and difficulties.

But it does not take such documentation to see that Himal Gaj is a very insecure individual. 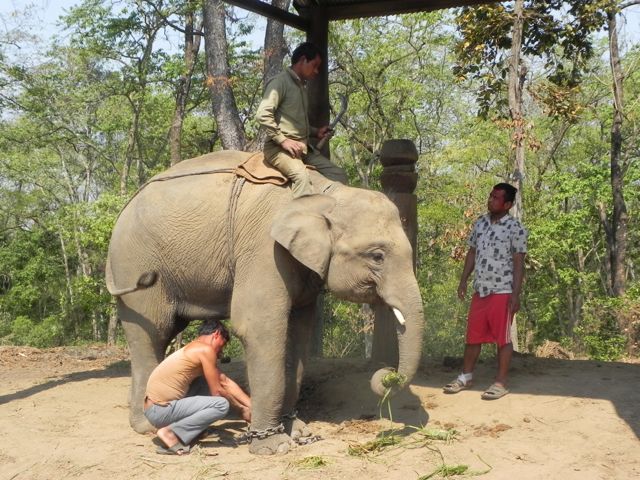 Himal Gaj is a good example of the importance of sound training techniques, mahout training and follow through.

Captive elephants are not domesticated—they are wild animals living in a captive environment. Even generations born in captivity are not domesticated. The scientific process of breeding selected individuals for specific traits is the process required to create a domestic species. This has never been undertaken with elephants.

Himal Gaj’s mahouts are as gentle as I have seen anywhere. They are patient but frustrated. What the training process failed to do was give them the tools necessary to help Himal Gaj learn.

As a result, all are left feeling like failures. Without intervention, Himal Gaj is doomed to be a dangerous elephant for the remainder of his life.

The good news is that the mahouts and Kamal Kunwar, the chief commanding officer of Chitwan National Park, are receptive to Himal Gaj receiving additional training. His private training course will begin soon.

This is such exciting news. I feared Himal Gaj would remain a lost cause in the minds of the mahouts. But before his chain-free corral is completed Himal Gaj, will be well on his way to understanding what is expected of him and his mahouts will have gained the humane tools to understand and assist him in his training process.