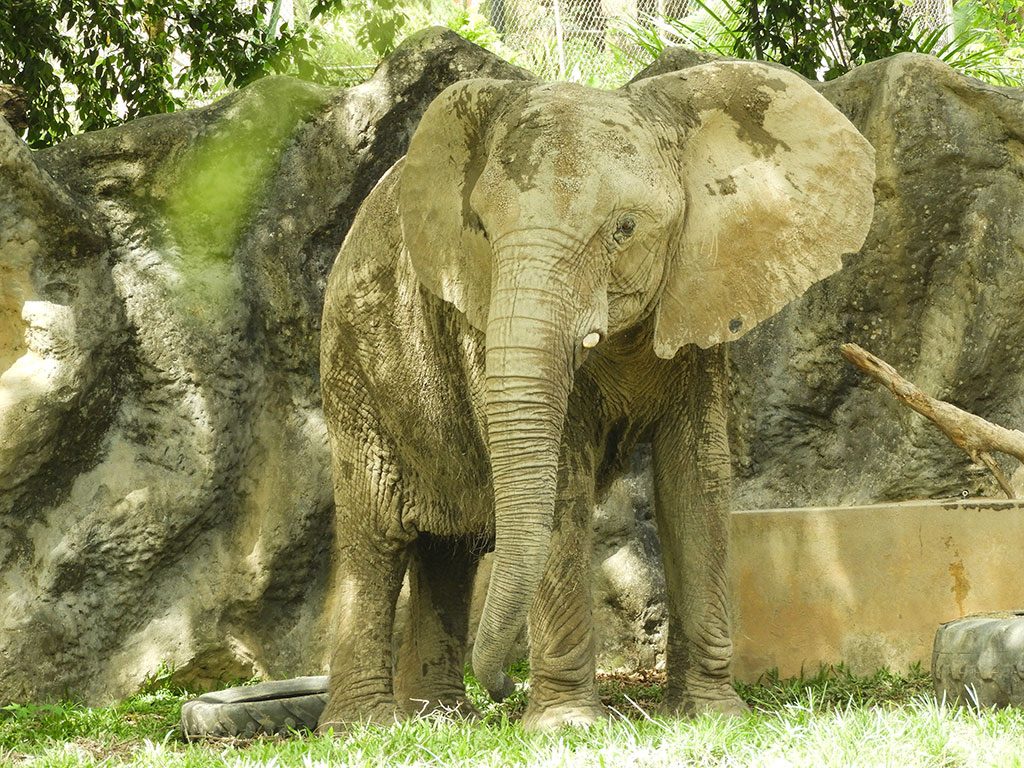 Immediately following EAI’s public announcement that Mundi would be moved to Elephant Refuge North America (ERNA) mid-March, EAI received an email from Puerto Rico’s Department of Natural Resources (DNR) cancelling the contract for the move. The email cited no violations of the contract, but stated that DNR is considering other facilities for Mundi.

EAI has adhered to all the terms of the contract, which has been in effect for 18 months, so the purported cancellation came as a complete surprise.

On March 1, 2019, the judge determined that the plaintiff (EAI) could not prove that there is irreparable damage. This means the judge will not hear the case in her court and that the case would need to be heard in civil court.

We will continue to report updates on this page.

On August 30, 2017: In compliance with Puerto Rico Law 154 the Governor Hon. Richard Rossello Nevares, in a written document, ordered the transfer of Mundi the elephant to Elephant Refuge North America. Read the document.

On May 23, 2018, the Department of Recreation and Sports, represented by its Secretary, Hon. Adriana G. Sanchez Parés, signed a formal Transfer Contract with Elephant Aid International for the female African elephant known as “Mundi” of the Dr. Juan A. Rivero Zoo. The Contract signed by the parties was valid until December 31, 2020. Read the original contract in Spanish. Read a translated copy of the contract in English.

November 2018: EAI announced on their Facebook page that Mundi would be moved from Puerto Rico to Elephant Refuge North America mid-March 2019.

On December 28, 2018, the Secretary of the Department of Natural Resources of the Government of Puerto Rico, Tania Vázquez Rivera, submitted a written communication to EAI. The letter argued that because the EAI sanctuary was not ready to receive the elephant immediately in order to preserve its life the Agreement was rescinded. Read the letter.